Happy holidays.  Merry Christmas.  Happy New Year.  And Happy (what would have been) 41st Wedding Anniversary to you and Mom.

In two days, you will walk down your driveway for the last time after 33 years.  You’ve been telling people how sad this moment in your lifetime will be, but actually, above anything, it is exciting.  You are about to take on your very own adventure!  I’m sorry I gave you such a hard time when you said you wanted to sell the house finally… It couldn’t have made the process of letting go any easier.  The truth is, though, I am so proud of you.

Now that the house is officially sold, you are “ready” to retire after working for the post office for three decades.   After you retire, it will be the first time you’ll be out of work since the 80s.  You told me you were only unemployed for one week in your life.  This was when you didn’t go back to your job because a co-worker ratted you out to management for being an undocumented worker.  Pretty seamlessly, you found another job, so you could keep on providing for the family, and you haven’t stopped since.  Sometimes, when you tell me that I have to find a job with benefits and that I have to keep working and earning money so I can save money for a house, it sounds like you don’t care about what I’m trying to “create” in this world.  I know, though, that you just want me to work hard, so that three decades from now, I, too, am living a long, healthy, happy, and comfortable life with my own family.  Thank you for leading by example.

When you finalized your move out date – the date our house would no longer be considered “ours” – I told you I would fly home to help you pack and get rid of things.  At first you agreed and suggested I come before the Thanksgiving holiday.  When I called you a few weeks later to confirm, you told me not to come anymore because you knew it would be too painful for me to say good-bye to the house for a second time after I already said my good-byes in May.  That was really selfless of you (not surprisingly).  Thank you, pa, for always looking out for me.

Yesterday, you told me how it snowed this past weekend and that you were adamant about NOT shoveling this batch of snow.  I told Kuya this, and he said, “Good for him.  The last thing he needs right now is to throw his back out while trying to shovel another winter’s worth of snow.”  You told me how you just happened to be awake at 2am while you were shredding papers, and you overheard our neighbor’s plowman, so you ran out in your pajamas to ask them to do your driveway and sidewalk, too.  You said that the way everything worked out — it was just Mama’s way of looking after you.

I remember the last snowstorm you and I had to shovel.  It was back in February of this year, and I had just come back from three weeks in Europe.  It had snowed my first weekend back.  Hard.  I shoveled at the top of the driveway, while you worked on the bottom.  Every now and then, you would stop to look out onto the white winter wonderland in front of our home.  I don’t believe the world could be more still than when snow was falling in Passaic Park.

This will be my first ever Christmas not spent in that house.  This year, Shaun & I bought our first (fake) Christmas tree together.  For it, I bought new lights, a new lit-up angel topper, new ornaments, and a new tree skirt.  Earlier this month, as I bought all of these decorations, I realized that I have never had to “buy Christmas” before.  Christmas was always just a few boxes tucked away in our attic (then eventually our basement) for 10 and a half months out of the year.  Just a few weeks ago, you put the tree, that we had used for as long as I can remember, out on the curb.  Maybe that tree was older than I was.  For a tree to last over 24 years, I’d say you guys got your money’s worth.  I wonder if Shaun’s and my $50 tree from Target will last us that long.

There were three decades of holidays celebrated in that house.  You can take away the house but not the memories.  What was the first Christmas there like; do you remember?   How many hundreds of people do you think we’ve hosted over the years?

In 1997, you and Mama celebrated your 25th wedding anniversary, and you renewed your vows in the living room.   In 2002, we celebrated a joint Christmas celebration and Mama’s Golden 50th birthday bash.  People from all over the country (and even other parts of the world) came that year.  In 2004, Kuya Marc & Jessica got married as a Christmas/52nd birthday gift to Mama.  She looked as beautiful as ever in her gold outfit under that white wool cardigan.

After Mom passed away, we continued the Christmas tradition at the Gomez residence a.k.a. Chateau Gomez a.k.a. Hotel Gomez.  She may not have been around, but the spirit of Christmas went on.  One year, John Paul and I organized a sing-a-long of “So This Is Christmas” with guitar accompaniment.  That was awesome.  For the years that followed, the decorations and music stayed the same.  The date, time, and location stayed the same.  It was just the menu that had altered slightly.  The spread became more of a potluck instead of it being a feast entirely cooked by Mom.

In 2010, I was about to graduate college, and you had your plans of selling the house and retiring finally, so we announced that that year could be the last Christmas we’d all spend in that house.  We all got a little choked up when it came time to say grace.  It ended up being a false alarm, so we continued the tradition through to 2012.  In 2012, we celebrated with the usual festivities.  Us “kids” had our annual Secret Santa.  We did a white elephant exchange for all of the attendees.  We shared a delicious variety of foods paired with bottomless wine and sangria.  It was another successful Christmas celebration.

That year was the year we stopped claiming that it could be the “last” Christmas celebration in that house, and sure enough, it was.

Though we will not have our house to celebrate in for Christmas 2013 and though we are celebrating on different coasts, I still hope we make this Christmas another one for the books.   In the same way Mama never left us, the spirit of that house will never leave either.

I wish you the best of luck this week as you take on the next chapter in your life.  Go get ’em, pa.  We all await your arrival in the Bay.

Merry Christmas.  I love you.  You are the best.

P.S. – I wouldn’t really send this letter in the mail because I know you would just complain that it would be a waste of postage (plus, I wouldn’t have an address to mail it to), but I just thought I’d greet you in this public letter, so everyone can see how BIG you are being right now. 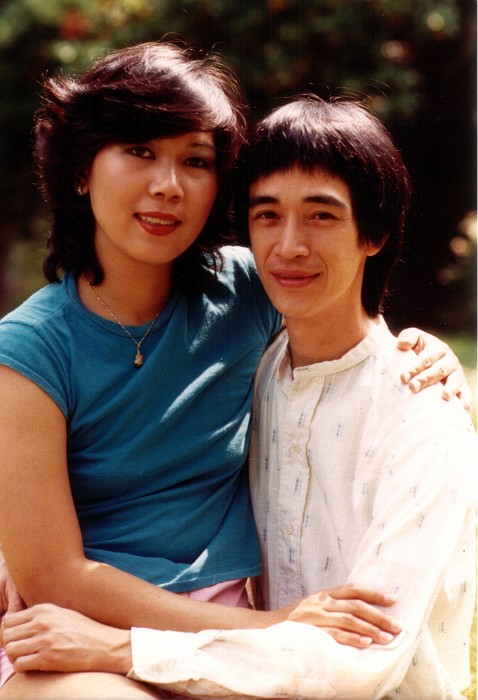 4 thoughts on “A public Christmas letter to my father”